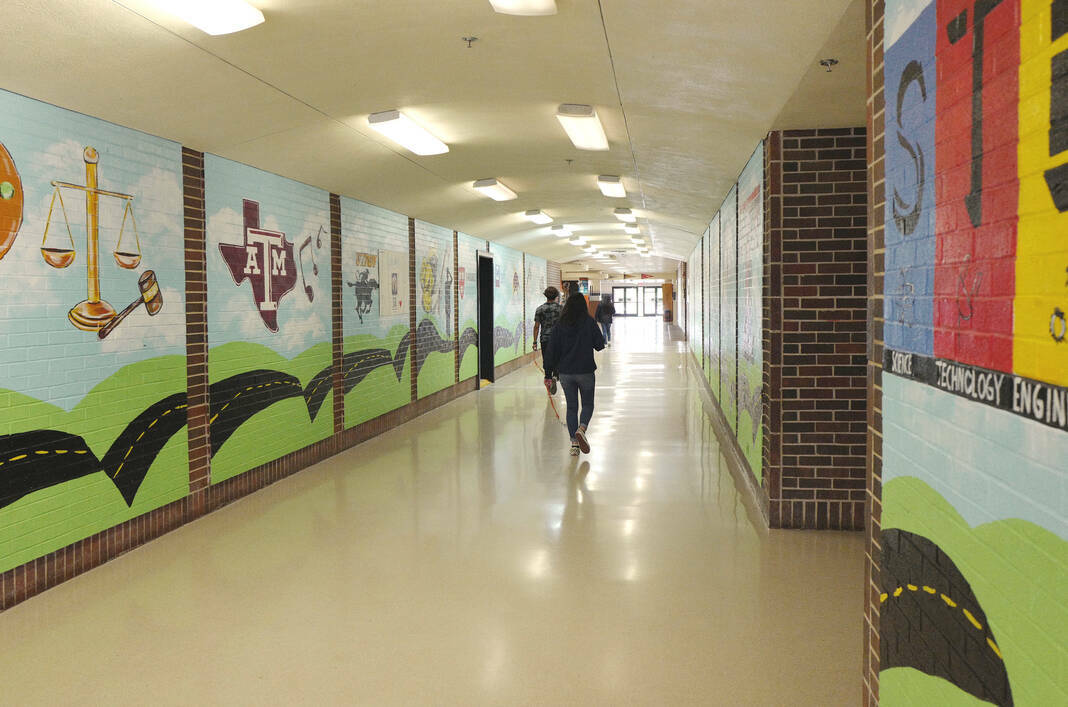 Leading his first meeting as acting superintendent of the Mercedes Independent School District, veteran Rio Grande Valley educator Richard Rivera detailed the financial issues facing the district and his plans to address them.

Like many districts in the region, the district is facing a significant drop in enrollment and a decrease in associated funding.

Rivera told the council that the district has lost nearly 1,400 students over the past five years and that, based on average daily attendance (ADA), the district will generate $1.2 million less this year than Last year. His plan to address those issues mirrors what other districts in the area are doing: a fiscal tightening and an effort to boost enrollment.

Unlike most districts in the region, Mercedes is facing these economic challenges amid major scandals and board divisions that preceded the departure of former superintendent Carolyn Mendiola earlier this summer and have led to the hiring of Rivera.

Rivera’s budget briefing and first meeting also gave the district a taste of the leadership style it could expect under its new leader.

In many ways, the grizzled educator described an approach that seemed almost old-fashioned in its simplicity. Rivera told administrators he intends to be hands-on and expect excellence from his staff in an effort to make the district attractive to current and prospective students.

“The mentality for everyone: that the most important people in school are boys and girls,” he said. “And that they should be treated with respect, dignity and we provide an environment that meets the needs of all students. It’s a team approach, we have to involve the parents…and emphasize that the school year is a marathon. August to May is not a sprint. We want to start strong and finish strong. This is the approach we will take. »

Rivera was pragmatic and explanatory, guiding administrators through a thicket of problems and solutions. He treated administrative errors at the borough (he has a particular penchant for missed deadlines) without harsh criticism, considering them more as points for improvement.

Board directors, who have often been surly and loud over the past year, were fairly quiet on Tuesday and seemed to respond well to Rivera’s presentation.

Even with a responsive board, Rivera and the district administrators have their work cut out for them. “The impact is very heavy,” he said. “So we have to look at the budget and what we can do to reduce it. The main thing, to increase it, is to bring our children back, in the end.

How will Rivera bring these children back? His first priority appears to be to extinguish the public relations nightmare caused by scandal after scandal that the district has endured over the past two years.

These scandals include the arrest of two employees accused of sexual misconduct with students, a chaotic evacuation after a security guard allegedly called his own bomb threat, which the district constructively called a “drill and the arrest of former Superintendent Mendiola for allegedly interfering with public obligations related to one of those sexual misconduct investigations, which she denies and says is politically motivated.

Rivera referred to those scandals obliquely and included a host of areas where the district could improve security.

“I know there were a lot of discipline issues and a lot of issues we had with staff getting involved in things they shouldn’t have been involved in,” he said. “So that’s kind of the difference, that I want to address that and have safer schools where parents feel comfortable bringing their kids to school.”

Principals, Rivera said, should help in this crusade to improve enrollment.

“Anyone who doesn’t show up should come out and make contact,” he said. “Contacting parents, making visits and bringing our children back to our neighborhood. Because I guarantee you, we can’t handle that kind of drop in enrollment, drop in ADA.

On the bright side, the staff will get a bit more money for the effort. The board on Tuesday approved a retention stipend of $2,000 in ESSER funds for employees, a modest increase from the $1,600 the district was originally considering. Rivera also noted that a Texas Association of School Boards study showed salaries at Mercedes ISD are lower than other districts in the area, and said he believed the district would be able to approve the raises. of salary.

Rivera said he would expect employees to earn that stipend.

“We want to give them the allowance, but we want them to improve,” he said. “We can all improve. Principals can improve, teachers can improve, I can improve. We need to take the next step, to the next level with our children to make sure they succeed. So that’s a little incentive for our staff, we want to take care of you, so in return we also want something. We want something in return. We want our children to be able to succeed at the next level.

On the less positive side, there will be progressively fewer staff employed by the district. Rivera noted that a 2021 TASB report indicated that staff should be reduced in all departments and said the district will try to achieve this through attrition – assessing the need for a position after a voluntary resignation. – and by reassigning staff according to the number of students.

Rivera stressed that the district was not considering any layoffs.

“Let me be very, very clear: no one is going to lose their job,” he said.

According to Rivera, the district will pursue other policies, including proactively seeking grants, reducing overtime, postponing non-essential contracted services, exploring the possibility of refinancing obligations, and reducing travel outside the district. .

This damage has sparked significant discussions among Mercedes ISD executives about the safety of certain facilities and how the damage should be handled.

A tour of several buildings in the neighborhood in May offered to The Monitor abundantly illustrated these issues. The roofs of the buildings housing the administrators were leaking like sieves. Ceiling tiles sagged and bulged from a recent rain, light fixtures were filled with water, paint was bubbling on the walls from moisture seeping into the buckets below.

An employee told The Monitor that she was afraid to use the light switch in her office. The light fixture and the ceiling tile above it were dripping with water, and she said she was afraid of being electrocuted. She said the tile would be replaced when the rain was no longer forecast.

Rivera told administrators he felt the district left money on the table with respect to some of those damages and he intended to get it.

“I was very disappointed when we had all these storms earlier in the year – we had all kinds of storms – and what I understand is that we did not receive any money for the filing of complaints,” he said. “So I’ve already instructed the staff, let’s look at the roofs, look at anything that could have been damaged and file a claim. If we’re denied, we’ll go ahead and appeal. But we need to go back there, there has to be something.

Another avenue may be available for the district to channel more funds toward improvements and repairs, Rivera said.

The district is currently repaying two large loans; Rivera said the board could consider a third.