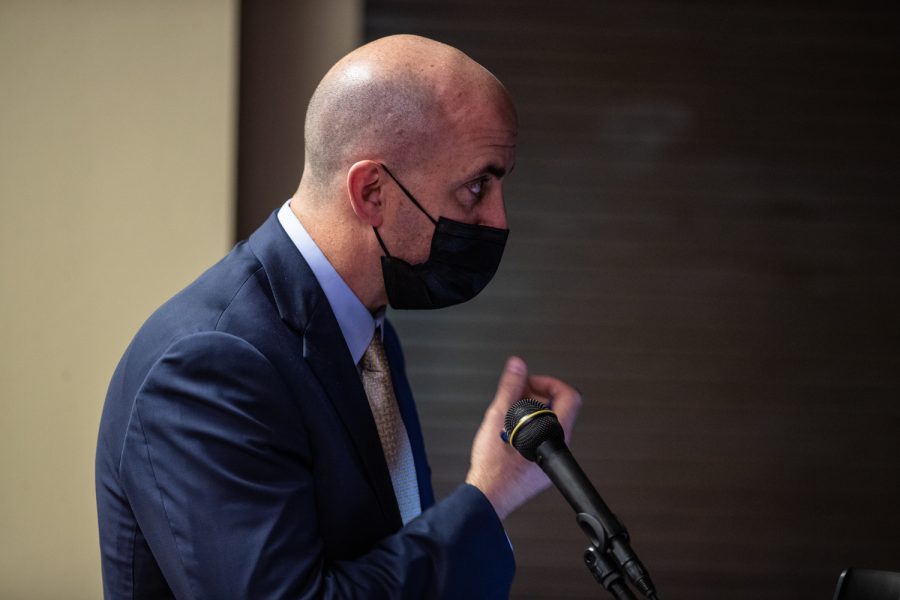 The Iowa City Council passed the fiscal plan for fiscal year 2023 at its March 22 meeting.

“As the pandemic continues, we still haven’t returned to the full ridership levels that existed before COVID,” Fruin said. “These two operations recorded significant revenue losses.”

The Iowa City Department of Transportation will see an increase of $280,000.

“The biggest impact of COVID has been in our transportation service operations,” Fruin said.

The city council recommended that the Iowa City Department of Transportation find ways to increase ridership.

“In transportation, I think we’ve been lucky to get a good amount of grant funding … if we can get the ridership up and greener,” Weiner said.

“We’re able to meet the needs of the business, or our utility accounts a bit more, because they’re not dependent on property taxes,” Fruin said. “They depend on the fees we charge for these services.”

For the fiscal year 2023 financial plan, city staff had to distribute more federal funds, such as the $18.3 million of American Rescue Plan Act money the city received.

This has a huge effect on the city budget, Fruin added.

“These usually don’t have a significant impact on the budget because they’re outside of income and expenses,” Fruin said. “So you have to include them and incorporate them, but they generally don’t put more or less financial pressure on a particular budget.”

“The conversion of Market and Jefferson needs to be put back into the CIP so we can’t have what can sometimes be a racetrack across town so it’s not such a break in town so you can keep walking “, Weiner said.

As for the future, Weiner said she hopes the city will become more walkable.

Weiner said passing the financial plan for fiscal year 2023 ensures the city is funded for projects that will improve the community.

“That means we have to keep an eye on all those balls and make sure of that and I think we’re doing a good job and making sure we’re not spending more than we have,” Weiner said.