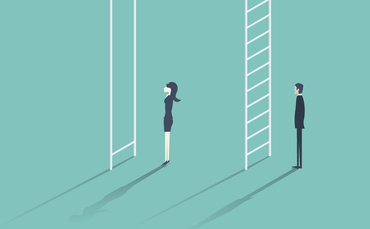 Half of women have encountered gender-related barriers in financial services

Simplify Consulting published research on the pay gap and gender experiences and found that the “glass ceiling” was still present for women in financial services.

The survey was conducted among 100 women working in financial services and more than 100 students. It found that 34% of participants regularly experienced gender discrimination while 52% felt they were paid differently because of gender.

Another statistic showed company support on these issues was lacking, with 74% of women saying that when they raised gender-related issues with their employers, unsatisfactory action was taken.

Astia CEO: AGM season is a time for private investors to take note of diversity

“That’s the stat that really stuck with me. When are we going to recruit based on skills, abilities, experience and attitude, rather than gender? It’s 2022 and we should be creating inclusive businesses to foster diversity and creative thinking; to represent customer demographics by gender, gender, and race.

“We need to challenge ourselves, from education, to recruitment and employment, to promotion and opportunities, to ensure that we represent the very people our companies serve. When are we going to learn and, more importantly, change?

“That’s why we’re calling for action and asking everyone to be brave, because change starts with bravery.”

The wealth and asset management specialist noted a general theme of lack of female confidence and “impostor syndrome” in male-dominated industries.

“With gender bias clearly stemming from school days, it is clear that women, businesses and male allies within financial services will need to show courage to correct the imbalance that is evidently still present today,” did he declare.

Given this factor, the survey included female students and asked how or if these gender dynamics shaped their career prospects.

Several responded that they felt deterred from joining male-dominated industries. One participant said: “I was made to feel that pursuing a career in engineering would be very difficult and unpleasant in a very masculine world.

Monserrate added that gender stereotypes appeared to be rampant, with only 19% of female students wanting to consider a career in financial services.

“In the workplace, women are still overlooked because they simply want to start a family or go through inevitable life-changing events like menopause. The financial services industry is, by and large, inflexible in the face of these events. Something has to give…and far too often, it’s women’s career aspirations.”

Simplify Consulting has promised a manifesto for change, calling for education and career advice while promoting gender neutrality at a younger age.

Within financial services, they asked people “to be brave enough to drive cultural change in the industry”, demystifying taboo topics and stigma around things such as menopause and calling out issues around gender.