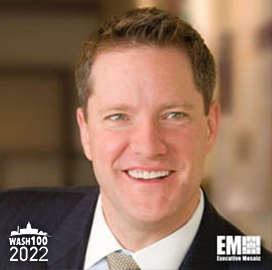 Six times Wash100 Price winner Scott McIntyreCEO of Guidehouse, affirmed that the business combination of Guidehouse and Grant Thornton Public Sector Advisory will generate growth, a stronger line of defense for clients in the face of their most pressing challenges and strengthen the company’s focus. company to seek the realization of new strategic opportunities.

Guidehouse’s intention to acquire the Grant Thornton business was released end of August. Guidehouse, in turn, operates under the Veritas Capital umbrella. CEO and Managing Partner of Veritas Ramzi Musallam commented that the new acquisition agreement means securing the company’s status as a pool of “best-in-class talent, unrivaled experience” as well as a broad range of capabilities.

Musallam, sevenfold Wash100 Price recipient, also noted that Guidehouse is a growing business – a fact confirmed by a consulting magazine acknowledgement in September – which has seen significant organic and inorganic growth over the past few years.

The company “is now even better positioned to serve its customers and generate sustainable value for all stakeholders,” Musallam continued.

Guidehouse’s latest acquisition follows the announcement in August that it had completed its purchase and integration of Dovel Technologies. This addition resulted in the creation of a new practice called Guidehouse Digital, which focuses on digital transformation and improving the digital experience.

The company also announced restructuring measures, namely the merger of its defense and national security divisions – and leadership changes, such as the appointment of Ed Meehan as Chief Growth Officer in August.