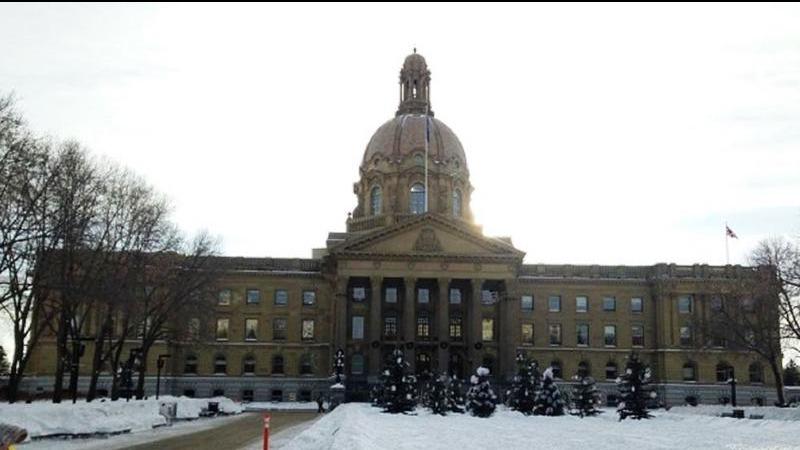 “After many difficult years of economic hardship and pandemic, Alberta is moving forward once again. The government’s focused and responsible fiscal management and relentless pursuit of economic growth have put the province on a more sustainable fiscal path,” said Travis Toews, President of the Treasury Board and Minister of Finance.

“We are now able to present a balanced budget while expanding health care capacity and helping Albertans develop their skills and find jobs. Budget 2022 will help Alberta move forward into a hopeful and prosperous future.

There is also a capital investment of $47 million and an operating investment of $25 million – over three years – to support college programs and the expansion of charter schools, which UCP says will create pathways to higher education and in-demand careers.

The budget includes a historic investment in building health care capacity, as evidenced by Wednesday’s announcement of $1.8 billion over the next eight years to improve the Red Deer Regional Hospital.

In 2022-23, Alberta Health’s operating expenditure budget will increase by $600 million, for a total of $1.8 billion across the provincial system over three years.

There is also a $750 million contingency for COVID-19-related costs, including to address the surgical backlog caused by the pandemic.

“We promised Albertans a stronger publicly funded health care system with more capacity for surgery and better access – and this budget provides the resources,” said Health Minister Jason Copping. “I look forward to working with everyone in the system to recover from the pandemic and build a health system better than ever. »

“With their taxes, Albertans rightfully pay for and expect world-class health care – and that means having a health care system that can handle unexpected increases,” said Minister Toews. “Budget 2022 builds the system Albertans need by increasing capacity, adding intensive care beds and addressing surgical backlogs. These are important steps in improving health outcomes for Albertans and making our province and our economy more resilient in the face of systemic challenges.

Meanwhile, the province says federal government funding is not keeping pace with historic growth in health care costs. Alberta Health’s operating budget is $22 billion, with $5.35 billion coming from the federal government, which is why Alberta is joining other provinces, he says, in asking for an increase of the Canada Health Transfer (CHT).

The UCP notes that between 2006 and 2017 the TCS declined by 6% per year, with changes made in 2017/18 that would see the transfer increase in line with nominal GDP growth. This has translated into increases of 3.8% every year since.

Premiers across Canada are calling on the federal government to fund 35% of total provincial and territorial health care costs.

“Great things are happening. To date, our $1.4 billion investment focused on value-added processing has created 2,128 new jobs and $886 million in new investment,” said Nate Horner, Minister of Agriculture, Forestry and rural economic development. “We anticipated that this funding would create more than 2,000 jobs across the entire project and we have already exceeded that initial estimate.”

In the energy sector, the Alberta Energy Regulator (AER) will receive $41 million over three years to establish new regulatory frameworks for geothermal and mineral resources. The government, meanwhile, is developing a new energy consumer protection program for those who use less than 2,500 gigajoules per year.

The Energy Affordability Program will begin in October and run until March 31, 2023. The province expects this to include most households, small apartment buildings, farms and small operations industrial. A rebate will be triggered if the company’s regulated price is approximately $6.50/gigajoule.

• $750 million in agriculture and natural resource projects across the province that will help develop and protect Alberta’s distinctive resources and support environmental sustainability. This includes:
o $116 million over three years to continue the expansion of Alberta’s irrigation infrastructure.
o $21 million over three years for stream crossing programs that will focus on high priority crossings where a number of fish species are experiencing significant population declines.
o $272 million in funding for the Alberta Petrochemical Incentive Program (APIP).
o $10 million over two years for the Clean Hydrogen Center of Excellence (CH2COE) to support hydrogen innovation and technology.
o $2 million over two years to install a Pressure Reaction Tower (PRT) system to advance competitiveness and innovation opportunities for companies looking to capitalize on the growth of agricultural fibers.
• $474 million for the Springbank Off-stream Reservoir project.

The provincial government will also provide $666 million in operating funds in 2022-23, and more than $2.6 billion by 2024-25, to improve affordability, accessibility, inclusiveness and quality licensed child care programs.

In addition, there is $118 million in capital funding, over three years, to implement the province’s 10-year strategy to improve and expand affordable housing.

Meanwhile, AISH’s budget will be $1.4 billion this year, an increase of $12 million from a year ago. Guidance and Employment Services will have a budget of $106 million, up $34 million year-over-year.

$193 million will be allocated this year for homeless support and outreach services, maintaining previous levels.

More information on the 2022 budget can be found HERE.