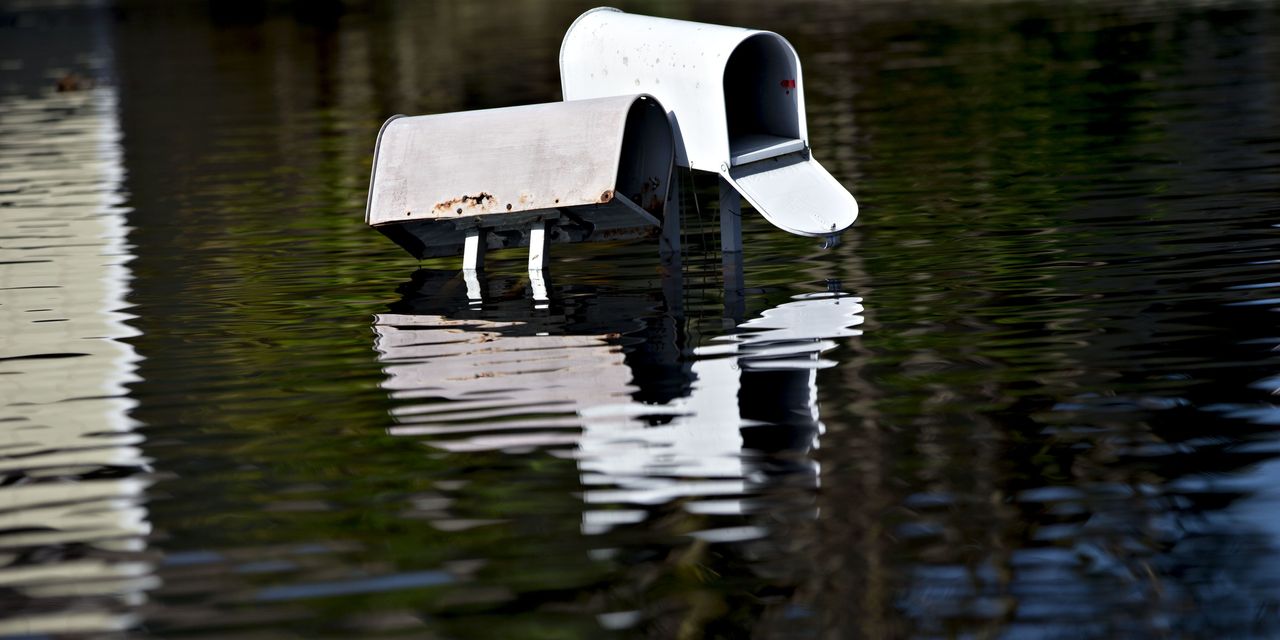 A hurricane can destroy your financial plan. How you can protect yourself.

Does your financial plan include flood insurance? If you live in an area that’s coastal or prone to heavy rain (which might be most of us in the not-too-distant future), you probably should.

As recent photos from Hurricanes Ian and Nicole show, Mother Nature can turn a retirement paradise into a nightmare. Even a Category 1 hurricane can cause costly damage to your home, and the wide path of destruction wrought by these storms is a reminder that flooding isn’t just a coastal hazard. The Orange County Sheriff’s Office, home of landlocked Orlando, tweeted several photos entire neighborhoods under water after Hurricane Ian hit in September.

“Spending time working with a [insurance] agent to make sure the policies you have cover everything you need,” says David Peters, advisor at CFO Capital Management. “And don’t forget your emergency savings. You want it there when you need it.

Of course, it’s not just Florida that’s prone to tropical-force winds and flooding. Hurricanes have devastated Houston, Puerto Rico and other places in recent years. But because Florida’s population has exploded, millions of new residents of the sunshine state are now in the path of hurricanes. From 2010 to 2020, Florida’s population grew by about 3 million people to 21.5 million, according to Census Bureau data. Climate change could make hurricanes more frequent and more powerful in the years to come.

A collection of our best stories of the day, delivered nightly. Stay up to date with the latest advisor news, community commentary, and opinion from industry leaders.

Just one inch of floodwater in your home can cause damage worth $25,000, according to FEMA, which administers the federal government’s National Flood Insurance Program. Under the program, residential policyholders can be covered for up to $250,000 for their home and $100,000 for its contents. The average policy cost $700 in 2019, according to FEMA. Homeowners who live in high-risk flood zones may be required to purchase flood insurance to obtain a mortgage.

If you have more risk than that, you might want to consider a private policy for added protection, says Josh Strange, founder of Good Life Financial Advisors of NOVA. “With retirees, they have to ask themselves if X is coming, can I afford it? Or is it a minimal cost to insure? And it’s best to have that discussion before disaster strikes.

Florida residents, in particular, may want to carefully weigh their options for home insurance policies in light of soaring premiums. And people moving into the state from elsewhere in the country should be prepared for higher home insurance bills and more expensive real estate. The average Florida homeowners insurance premium is expected to be around $4,200 for 2022. That’s nearly three times the US average of $1,500, according to data from the Insurance Information Institute, a research organization. Residents of coastal counties may pay more.

Newell suggests its customers consider purchasing flood insurance if they are eligible and reviewing their insurance coverage as a whole. “If you’re in a coastal town in Florida, you’re pretty sure a hurricane will pass at some point,” Newell says. “A client who lives in Cape Canaveral told me that he once had a heavy rain and ended up with 2 feet of water in his house. It can ruin everything. Furniture. cabinets.

Home insurance policies may have very little or no coverage for some of the high value items in your home, such as jewelry and artwork. Peters suggests customers consider getting a domestic shipping policy. “It’s an extension of coverage beyond what you’d get under a typical home insurance policy,” says Peters, who was formerly CFO of Compare.com, a website car insurance price comparison.

Emergency repairs. More and more Americans are working from home now, and protecting your ability to continue doing so may be something to keep in mind if you live in an area where natural disasters are common. Between 2019 and 2021, the number of people working primarily from home tripled, from 9 million to 27 million, according to Census Bureau data.

“It’s one thing to be able to rebuild, but it’s another if you’re working from home,” says Charles B. Sachs, chief investment officer of Miami-based wealth manager Kaufman Rossin.

Sachs, a Florida native, notes that several factors, from labor shortages to supply chain issues, can delay homeowners’ rebuilding plans after a devastating storm. He also stresses the importance of keeping an emergency fund.

“What if you’re not home for a year?” The closest office might be a Starbucks down the street. It’s fine for a few hours, but not for weeks or months,” he says.

Newell, also a Florida native, suggests customers consider getting a home equity line of credit in case they need it for emergency repairs or other needs. “You want this in place before the storm hits so you don’t have to drain your emergency fund,” says Newell. He adds that power outages are a serious risk and a major inconvenience, especially if you work from home. “You can be without power for days or even weeks,” he says. “Houses can be built well [to withstand a storm]but the loss of power may mean you won’t have cold food or air conditioning.

Homeowners who have paid off their mortgage or have none may be tempted to forego insurance to save on costs, but advisers warn they think twice before doing so.

“Replacing a home can be extremely expensive, and it can hurt your financial plan to take out a few hundred thousand dollars or get a new mortgage,” says Newell. “Technically you could drop it, but do you want to take that risk?”